It was my fault when it really comes down to it.

I opened my mouth–again. Or should I say I opened my virtual mouth, seeing as how it all took place on a blog thread. My comment was short–not at all confrontational–and yet it set a fire. And it reminded me of a world I came from and vowed to never look back.

It’s a beautiful statue and I agree with the fact that she truly is such an inspiration. I have always loved Mary and her devotion to Christ. Especially now, while carrying my first-born son, I find my heart closer to her. But aside from that, the post didn’t sit right with me. So I posted this in response:

And—you guessed it. It started a storm. Some women told me I obviously don’t appreciate motherhood. Some women told me (ironically enough) that I don’t understand the sacred nature of our purpose as mothers and I should cherish being a mother since some people are physically incapable. Some women flat out told me I was wrong and ignorant. One man told me my divine purpose is to procreate, so my statement was laughable.

And in that moment I realized how very led astray so many people are. We not only have groups of women marching in the streets and condemning traditional roles of mothers and wives, but we also have a totally opposite group condemning those who live roles outside of motherhood.

My husband responded right after my comment with a beautiful tribute to my many roles as a woman. He spoke of me as a mother, a wife, a businesswoman, and a person with talents and work ethic. My eyes filled with tears as I thought, “Wow, he thinks all those things about ME?” And then it hit me.

Christ does too. And we are forgetting. 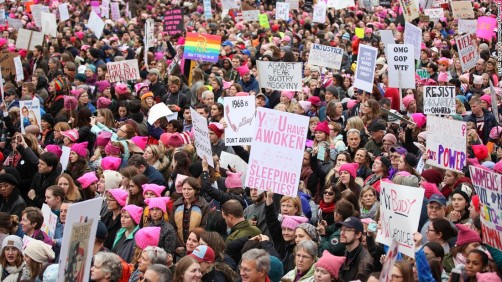 He gifted me (and it seems strange to say that now) with multiple years of barrenness to teach me this divine principle.

For many years inside of the Mormon church I was not living up to my “divine potential”. I was told from well-meaning members that even if I don’t serve out my purpose in this life, I will have children in the next life, and therefore be perfected. I cannot express to you how many nights I would lie awake, hands on my belly, begging God to make me a mother. Not only have I always wanted children, but I was brainwashed into thinking that I wasn’t “whole” without it.

I couldn’t be more wrong. And He wanted me to learn that.

It took many years for me to survey my life and realize, with the light of inspiration, that I had become a photographer I had worked SO hard to become. I was an artist. I made families happy and made couples feel beautiful on their wedding day.

I was an activist. I spoke out for change, called out for human rights, and took part in volunteer events that furthered the cause.

I was a friend. Someone people could count on to fix a meal, heal a heart, band-aid a bad day. I was a sister that could be called on. A daughter to give advice and to take it.

I was a trusted employee and co-worker.

Much later on, another divine purpose was unfolded once the lessons I needed to learn were finally learned. God me other things. I am a wife that I could be proud of who loves her husband with all she has in her and enjoys serving him. And I am a mother–at first (and still) to a child that is not biologically my own but still calls me mama, and now to a son that I carry at 5 1/2 months. And they are my purposes too–my divine joy.

Although I would never compare myself to the mother of Christ, I feel like I can relate to many aspects of Mary.

I learned what it means to change your plans, just like Mary. She was young, not ready for a pregnancy or a marriage for that matter–yet she accepted her fate and traveled on a donkey’s back for miles to the destination where she would give birth, even while people called her a fornicator and there was threat of death. She had strength, bravery, selflessness, her stamina as a woman. She wasn’t just the mother of the Savior. She was a cousin and a daughter and a loving wife and a friend. She disciplined Jesus and loved him and willingly gave him up when it was time to do so. She was tough. And despite what others may have thought or the ridicule she obviously had to overhear–she carried on with hope. She was a well-rounded woman.

It’s easy to focus simply on the motherhood. But I think we are called instead to remember womanhood.

I am in no way a “modern-day” extreme feminist. It hurts me to see how men and their vital roles in society are being trampled. It hurts me to see women abandon or speak out against the many beautiful roles that make us unique. But I consider myself a human-rights activist who believes so strongly in the power and the uniqueness of womanhood and what we have to offer. I believe so strongly in our divine purpose.

As Christ died on the cross may I remind you He looked toward his mother and said to John, “Behold, your mother”. In his last moments he wanted to make sure she was okay. That speaks volumes in my opinion of the many attributes she had that made her so divine.

And I hope, in the end, my children strive to be all those roles. I hope, in the end, they see many roles as inspiration for femininity or womanhood–not just procreation. I hope they see the enormity and the vast expanse of what it really means to be a woman. Not just any one thing.

They are all divine.

5 thoughts on “Sorry, but Christ doesn’t just want me to be a mother.”