My grandma was married 8 times. EIGHT.

She was like the Elizabeth Taylor of my family. I love her more than I can say, don’t get me wrong. But a memory that still makes me chuckle is her imploring us grand kids to never get married.

Growing up I always heard the cliche phrase repeated and recycled over and over.

Grandma would say it while sitting in her recliner, wagging a finger at me and warning me about men and all her bad experiences with them.

“Marriage is hard and takes too much work.”

I grew up assuming what everyone assumes. It’s so cliche that it’s made fun of in Hollywood and stand up comedy routines and normal conversation about “the missus” or “the boss” or “the old lady”.

Dating is fun, engagements are exciting, and then marriage comes along like a swift kick in the pants and demands work, patience, struggle, boring routine, loss of passion, and compromise.

Bleh. It’s a wonder I stayed a hopeless romantic.

It shouldn’t be hard.

Is there compromise and debate and arguments and silent treatments and nights spent on a cold couch or holding tissue to your nose? Yes. Are there struggles that make you question trust and loyalty and motives? Yes. Are there wounds to be healed and forgiveness that sometimes needs to be given? Absolutely. Can life sometimes–suck? Yes. Yes it can.

But all of those things I just named aren’t marriage. They’re life. They’re part of being human.

Marriage, though–that’s supposed to be the one thing you can bank on. The one thing that gives you the ammo you need on the battle front. The one thing that is constant and nurtured and nourished. The one thing you trust, even when mistakes are made. The one soft place to land. When that isn’t the case–when marriage itself becomes hard–that’s when the warning flags are raised and change needs to be made so you can take it back to the basics and recover what has been lost.

I think we are so accustomed to being told that marriage is hard that we accept it. Our spouses become annoyances. We find other people to air our grievances to or bond with. Our children become priority over our relationship. We find other sources of joy and realize that love has grown stale. We withstand abuses or other absurdities that we just take at face value. When we convince ourselves that a struggling marriage is normal and acceptable, we endure things we shouldn’t and we settle for less than what we deserve all the while giving less of ourselves than what our spouses deserve.

Marriage starts to die the moment we buy into the thinking that it’s hard because it’s supposed to be.

Everyone who has read my blogs for longer than a year knows my story. I’m a 27-year-old divorcee who was an active and faithful Mormon, and a wife for a little over four years to a man who simply was not supposed to be my husband. And to be fair, I wasn’t the wife he needed either, even before the marriage ceremony began.

Life was wonderful in so many aspects and I had everything I wanted. A solid career in my photography, a house that I still look back on with fondness because it was the most darling brick house bordered with tulips on a corner lot, friends and church acquaintances that kept me busy and active,

–and a hard marriage. 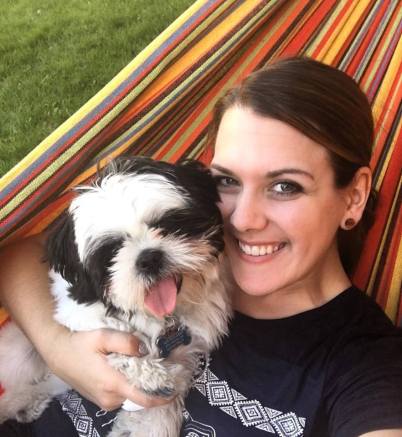 And despite my good life, despite my photos and my green lawn and my hammock where I’d hold my pup and trace pictures in the stars at night in a city where the nights were just as warm as the days in the summer–I was miserable. And that’s because marriage is the life raft, and mine had many holes. Despite the calmness of the water and the sun and the light breeze, I was still flailing to keep afloat. I was still sinking.

I was even TOLD to gut through it. Marriage was supposed to be a daily struggle, right?…but then, I learned. And I learned the hard way.

Marriage is supposed to be your joy.

Despite what it looks like and how many messages I receive saying the contrary– it is. If you don’t have that pure joy with your spouse, then what’s the point? Find it again. Life is hard enough without being stuck with someone who is no more than a room mate. For me, after months of trying, divorce was our best option so I could find my joy. Sometimes that’s the case. For you, maybe you just need to reignite.

Make time for a weekly date night. Turn off the TV and reminisce about your first date. Create a photo album. Make dinner and light some candles. Dance in your kitchen. Your spouse is supposed to be your best friend. Since when do you hear people say “friendship is hard”? They don’t because that’s a foolish thought. Same applies to marriage.

Differentiate between marriage and outside influences.

Life is so hard. For all of us. But it’s harder when we pin our struggles on to our marriage.

For the Scofield household, we have had an especially tough past year and a half since my now husband and I have both gone through the wringer in divorce repercussions, blending families, struggling to keep afloat financially with alimony and child support and every other fee or bill you can think of. We have fought way more than the usual in our first year because of the stress of it all and have said things we regret during the moments where we spiraled. We have cried together at 2 in the morning when we both felt out of control of our situation. We have gone through anxiety attacks, sicknesses, hospital stays, resentments, and the push and pull of learning how to parent together, how to fight or ignore those who didn’t support us, and how to create a new life out of scratch after being stuck for years in lives that we got so used to, despite the misery of them.

But ask either of us what our favorite time of our lives have been thus far and we’d both say the same thing: The past year and a half.

It’s not because life was easy. The past year and a half has been the hardest.

It’s because our marriage is easy.

And that’s one thing that was easy and reliable and perfect and stood as a lighthouse when the seas were anything but calm.

It’s the reason that my steady, perfect, less busy, easy life before him looks like piles of ash compared to now.

Don’t muddle the struggles. Differentiate between outside influences and trials and the relationship that you can use to get you through them. When you start mixing the two and blaming your spouse for the struggle–you punch holes in your own raft.

Put your marriage first–literally above anything else.

This is such an unpopular opinion. My dad always raised me by saying, “God first, my wife, then my kids” and so in turn, that’s been what I’ve held true. I said it during my vows even. We live in a society that shivers at that notion. And in my humble opinion–that’s the number one reason marriages fall apart. They aren’t prioritized. 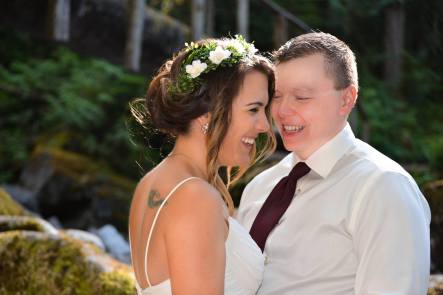 Marriage should be a partnership with your best friend. It should be the highest priority you place in life, even above your passions, your career, your opinions, and even your children. It should be the partnership that you foster and protect and the one person you cling to when life tries to drown you. It isn’t a partnership created to be the hardest thing you have to endure. And if it is–change it. Now. And fast. Decide right now that your spouse is the most important person in your life.

Ward off threats to your marriage–fiercely.

This week posed a new set of challenges for us and the other night we had a fight after tensions rose because of some news we got about a financial situation we’ve been battling. So last night my husband came home and reminded me that WE are the safe place. And we have to ward off any people or outside influences and fiercely protect one another.

This is also true of any outside relationships, careers, social media interactions, or anything else that could threaten, berate, or degrade your spouse and marriage.

Last night, we looked through photos of our few years that we’ve know each other–all the way from working together to dating to marriage and family. We stayed up late telling each other stories about when we first fell in love. We laughed and reminded one another of fun memories. And it wasn’t even an epiphany for me last night as we took time out to forget the peripheral and focus on the only thing that matters. It was common knowledge.

It isn’t a chore or a duty anymore. It isn’t hard.

I would never refer to him as a challenge–simply because the biggest challenges I’ve ever faced have been with him at my side, helping me through.

Marriage is my favorite part of being alive.

It should be that way for you too–because that’s the reason we’re here. To have joy.

I’ve had a marriage that was hard, and I’ve experienced a life that was much easier than this.

8 thoughts on “If marriage is hard, you’re doing it wrong.”